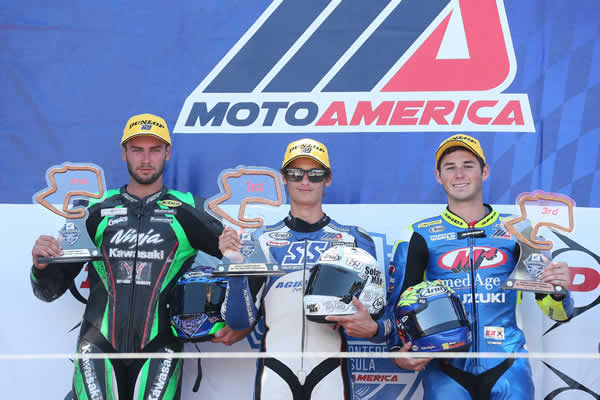 Last year, Jason Aguilar came into Laguna following a podium at Utah while riding with a foot that was broken in 5 places. For Laguna, the foot was plated and stitched just days before to allow him to ride with more weight on the foot than he could utilize at Utah. While having to walk with crutches, Jason could still ride. He put the repairs to good use, qualifying 3rd. Feeling like he had the pace to stay with the leaders, Jason set out in Sunday morning’s pre-race warmup to put down some fast laps. It never happened as Jason crashed in the Corkscrew, knocking himself out, ripping the stitches out of his surgically repaired foot, exposing the wound, and ending his race weekend too early as he left the track in an ambulance. 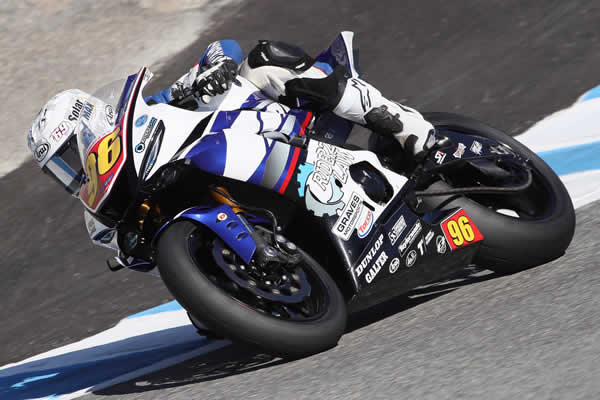 That was not how it was supposed to end. You see, it all started at Laguna Seca back in 2005. Jason was a big Nicky Hayden fan and had been following him since AMA Superbike. Nicky was due for a MotoGP win, and would never have a better chance than MotoGP’s first trip back to the U.S. and Laguna Seca in many years. Jason’s grandfather had bought him tickets for the race and Jason was elated to see Nicky dominate the weekend with pole position and his first MotoGP victory. As Jason was walking out of the Turn 4 grandstands with his grandfather, he looked up and told him “This has been the best day of my life.” Ever since, Jason dreamed that someday he would be on top of the podium at Laguna Seca.

Arriving at Laguna Seca for the World Superbike/MotoAmerica event races this year, Jason was coming off a double win in MotoAmerica Superstock 600 that vaulted him into the Championship points lead. Jason was fast in practice, but really wanted pole position, which has eluded him in his professional career. This time, Jason laid down a scorching lap time early and was leading the Superstock 600 qualifying until the last few seconds when he was pipped by just 22 thousandths of a second. While disappointed at missing class pole position, Jason was still starting from the 2nd position in class.

At the start of the race, Jason kept his qualifying position of 2nd for the first few laps. At the end of the fourth lap, the class leader made a slight error in the final corner and dropped back several positions. That was all the opportunity Jason needed as he grabbed the lead and rode a solid race to bring home the win by 1.3 seconds. The win extended Jason’s points lead to 21 points going into the next MotoAmerica round at Sonoma Raceway August 11-13.

Jason Aguilar: "Coming into the Laguna Seca race weekend I was very excited from getting back to back wins at Utah Motorsports Campus. I was able to put my Yamaha R6 at the front of the field every session and just missed out on qualifying pole position. In the race, I had great pace and was able to run consistent laps that brought me home to another first place finish. I couldn't be more stoked the way things are going so far and I'm hoping to keep improving every round. Big thanks to all my sponsors and especially Solarmax Technology. Can't wait for the next round at Sonoma!"