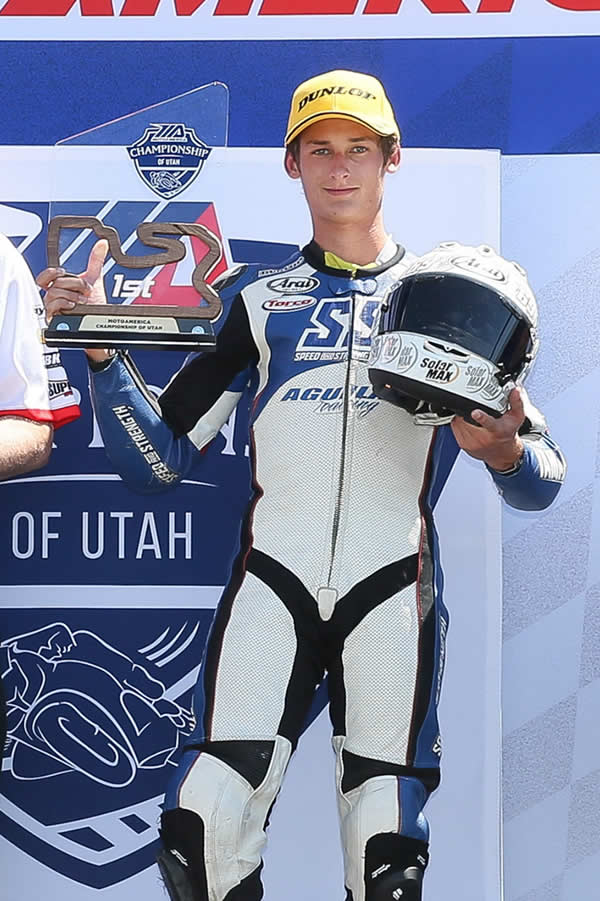 Last year, Solarmax sponsored racer Jason Aguilar came into Utah Motorsports Campus with a badly broken foot from a highside crash at Barber Motorsports Park, but still managed to finish on the podium. The year before that, Jason was plagued by mechanical problems while battling for a podium and left with no points and 2 DNFs. This year, Jason is healthy, his new Aguilar Racing team is starting to gel, and his new 2017 Yamaha YZF-R6 is running great. The team worked hard on getting the bike prepped with a new suspension setup, and a fresh motor from Graves Motorsports. Everything was lining up for a good weekend.

At the end of the first day, Jason was the fastest overall Superstock 600 rider, but still off a good race pace. He was going to need to do better in Saturday morning’s qualifying session. The team made some suspension changes, and Jason improved to qualify 2nd behind Michael Gilbert, who led qualifying with a new class lap record of 1:55.305. The team was going to have to get some more performance out of the bike and rider to compete for the win. Setup changes were made, brakes were changed, the clutch was changed, and the bike was ready. Now, it was up to the rider.

Jason got a great start to Race 1 and took the lead going into the first turn. For a few laps, it was close as Jason battled with both Supersport class riders and Superstock 600 riders. Jason started to push as he got more comfortable with the suspension changes, and his lap times kept dropping. By the time he recorded a new class track record of 1:55.045, he had built a 7 second lead over the 2nd place rider. Jason continued to push the pace and took his first MotoAmerica win. 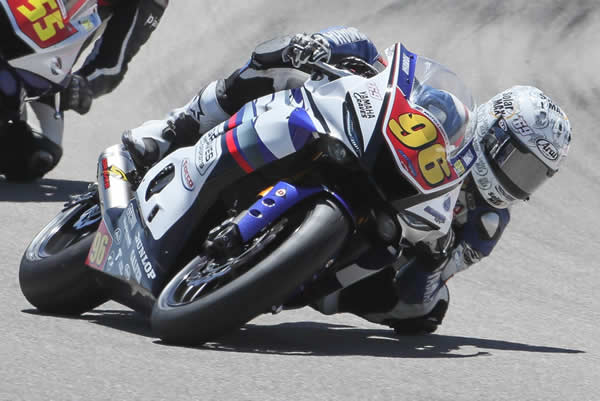 Sunday’s race 2 once again saw Jason get a great start and take the lead going into the first corner. Jason gradually extended his lead, and took his second MotoAmerica win. The double win catapulted Jason into the Championship points lead. Jason now leads the MotoAmerica Superstock 600 Championship with 135 points.

Jason Aguilar: "It was a really good race. I was kind of surprised again. I got 50 points and the Championship lead, and I’m stoked with that. My Team, Poncho Rangel and Chris Waters, did a great job this weekend. I want to thank Mike Pond for providing some new Galfer rotors, and helping me with the vinyl on my bodywork. I also want to thank Rick Williams of Graves Motorsports for help with brake pads and a clutch."